These 8 mistakes can make you and your employees ill 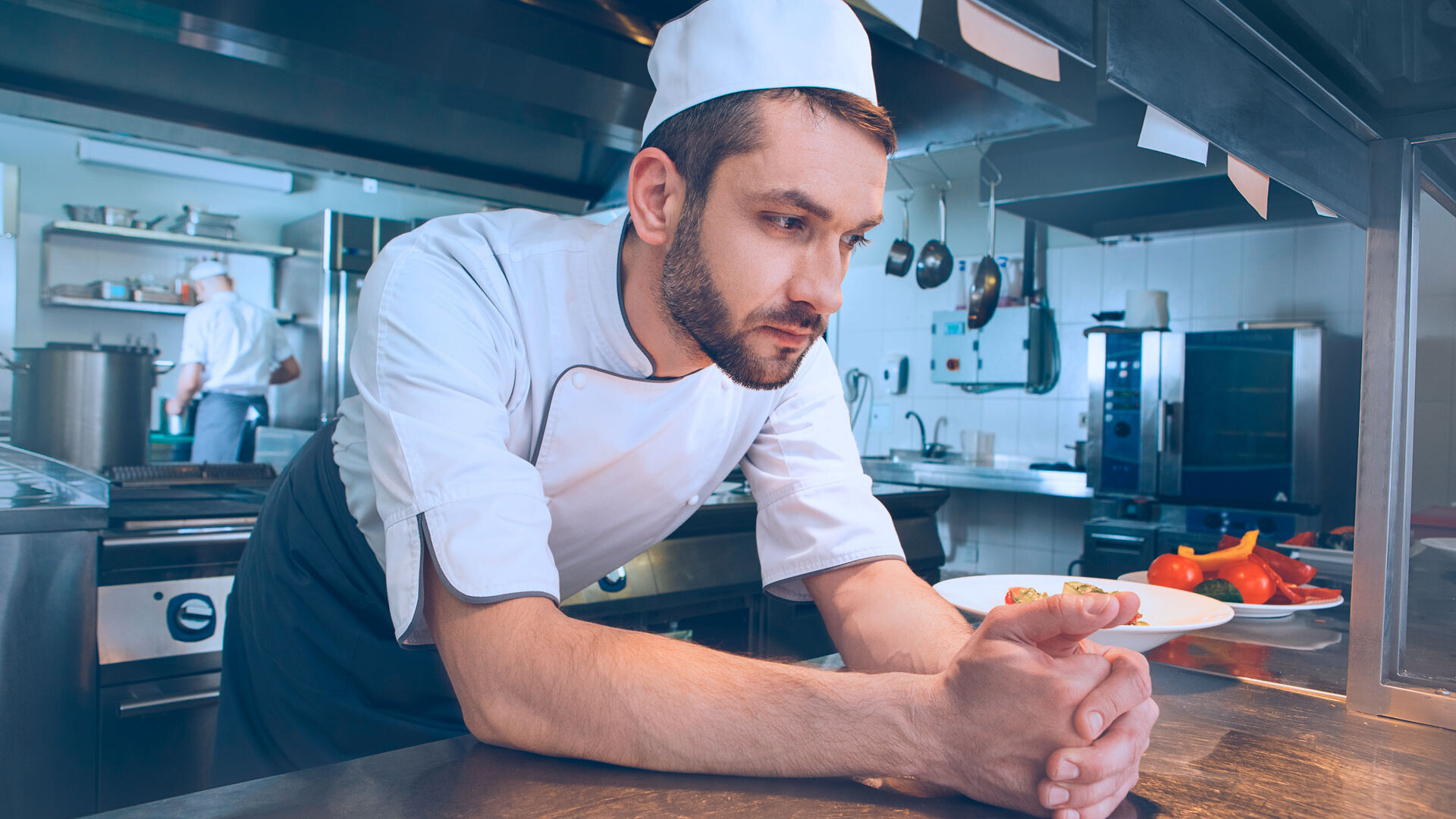 Finding new personnel is not easy. And keeping personnel can sometimes be even more difficult. Restaurateurs know this as well as anyone, as shown in the 2018 industry report of the German Hotel and Restaurant Association (DEHOGA). Over 60 percent of those asked in this survey regard the "shortage of skilled professionals and the problem of finding personnel to be the greatest challenge faced in day-to-day operations." Add to this staff absences due to illness, and business owners are hit particularly hard. Everyone — whether restaurant, café, bar owner or hotelier — can take measures to minimize the risk of illness for themselves and their employees. Below are 8 typical pitfalls and tips on how you can avoid them. 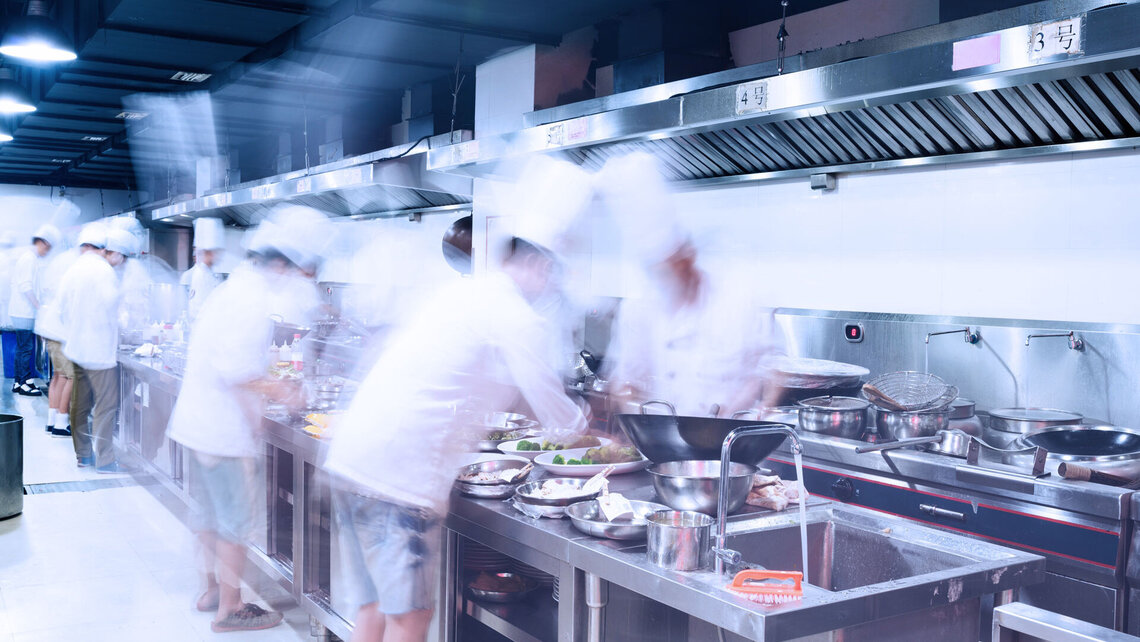 Measured in terms of the number of days absent, musculoskeletal disorders came first in 2017, as is made clear in the current health reports of health insurance companies. This proves, among other things, how important ergonomics are in the workplace. Daily tasks can be optimised by focusing on ergonomic aspects, for instance, in the design of a kitchen or washing up area, making the work not only more efficient but also noticeably less burdensome for employees. Competent advice from a planning or ergonomics expert can thus really pay off.

There is no need to even tap the hood with our automatic rack detection. Just insert the rack from the side and let the dishwashing machine do the rest.

Health insurance companies list mental illness in second place among the most frequent reasons why employees call in sick. Working conditions in the restaurant industry offer a good breeding ground for this problem for various reasons. These conditions are also a reason why fewer and fewer young people are opting for jobs in the industry. Inflexible working hours, long shifts and high stress can quickly lead to fatigue and exhaustion. If there is not enough recognition on the part of the employees, the boss or the guests, general dissatisfaction spreads. In the long run, burnout will ensue. Tip: Make sure your employees have enough breaks and do not have to work double shifts. And praise your employees regularly for a job well done. Nothing is more important than an appreciative boss! 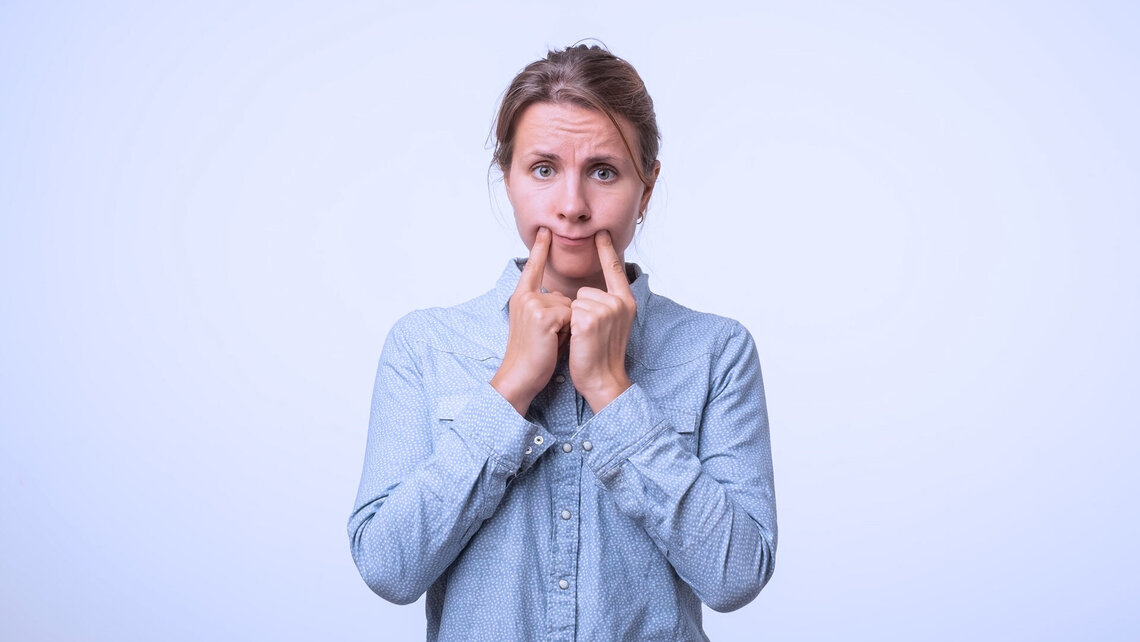 Friendly customer service is particularly important in gastronomy. After all, guests expect a comfortable, welcoming environment. But a forced smile is the wrong approach. And "the customer is king" mentality should also have its limits. The necessity of providing "service with a smile" can be unhealthy if the employee is experiencing negative feelings. This is the result of various studies by a group of experts working with the Frankfurt work and organization psychologist Dieter Zapf. The result can be psychosomatic diseases ranging from depression and high blood pressure to cardiovascular problems. The study also concludes that emotional demands at work are not negative per se, and can be positively related to job satisfaction and performance. Employees who are satisfied with their job, are appreciated by their boss and are paid fairly tend to show better work performance and express their satisfaction.

A download link to Dieter Zapf's article on this phenomenon can be found here.

It's obvious that hygienic deficiencies can lead to infections. According to the German Federal Institute for Risk Assessment, more than 100,000 illnesses are reported annually that may be caused bacteria, viruses or parasites present in food. This shows just how important it is to have a sophisticated hygiene management system in restaurants, cafés, bars and the like. To be sure you are following the proper measures, you should adhere to the so-called HACCP concept (which you can learn about here). Professional cooks who appear on TV are very negative example in this regard. According to the BfR, a hygiene mistake occurs about every 50 seconds. Which is unthinkable in the daily restaurant business!

A survey conducted by the marketing research institute GfK and published in 2017 for the patient magazine Hausarzt revealed that 39 percent of hotel and restaurant professionals went to work for at least one week in 2016 even though they were sick. The reasons often given are that they do not want to let their colleagues down, or they fear losing their job. This type of flawed ambition can lead to very negative consequences. For instance, the early stage of a common cold poses a very high risk of infection, meaning even healthy employees can catch it. In addition, hygiene in the company is negatively affected. And lastly, employees do not do themselves a favour by going to work sick. Depending on the type of illness, the condition can get much worse and last much longer. No one wants that to happen.

The figures are even higher across all sectors, showing that almost half of employees in Germany went to work in 2016 even though they felt ill. 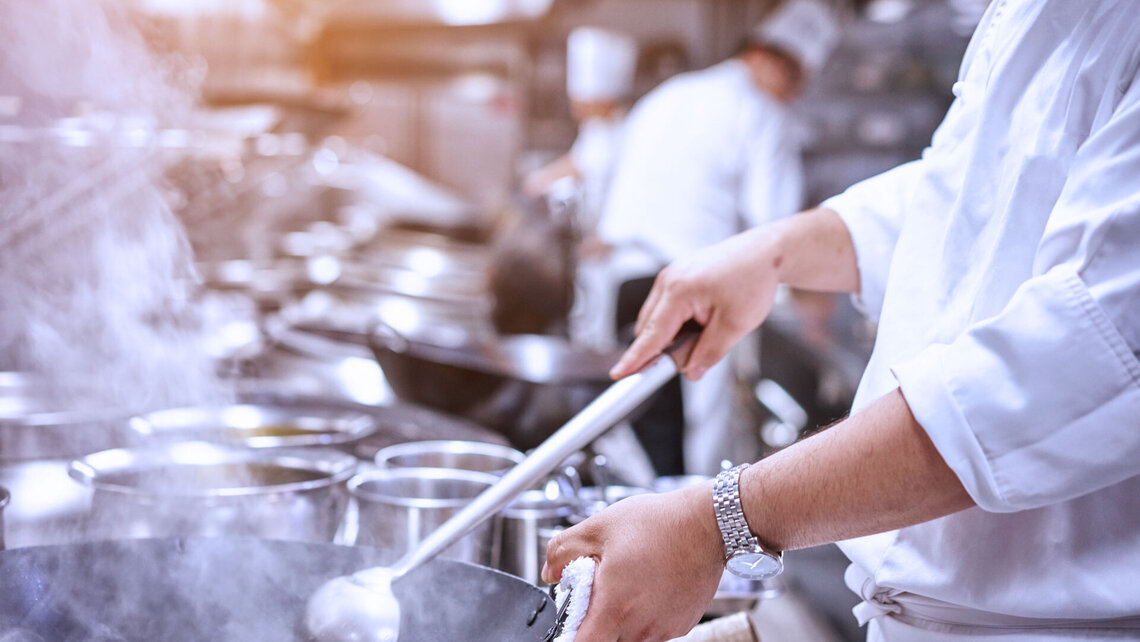 High-quality aeration and ventilation of commercial kitchens is an absolute must. Cooking, frying and washing produce a great deal of steam. Moisture and warmth not only make work in the kitchen difficult. They also provide the ideal breeding ground for bacteria and germs, which can then be easily breathed in by employees. Another consequence is mould forming on building materials. The use of high-quality dishwashing technology is therefore particularly important. For example, professional dishwashers from Meiko feature integrated air conditioning systems and hardly emit any visible steam. This makes a large contribution to solving the problem.

When it comes to noise protection, most restaurateurs think first and foremost about the rights of local residents. At the same time, however, acoustics can also become a health problem in restaurant establishments with large dining rooms and open kitchens. A continually high level of noise (whether from loud music or from guest conversation being loud due to poor room acoustics) can be a source of stress for employees and, in the worst case, even damage their hearing. Not to mention the guests, who also do not feel comfortable in such an atmosphere. Structural measures such as sound insulation ceilings or sound absorbers on the walls can help to create a more pleasant atmosphere for guests and staff. 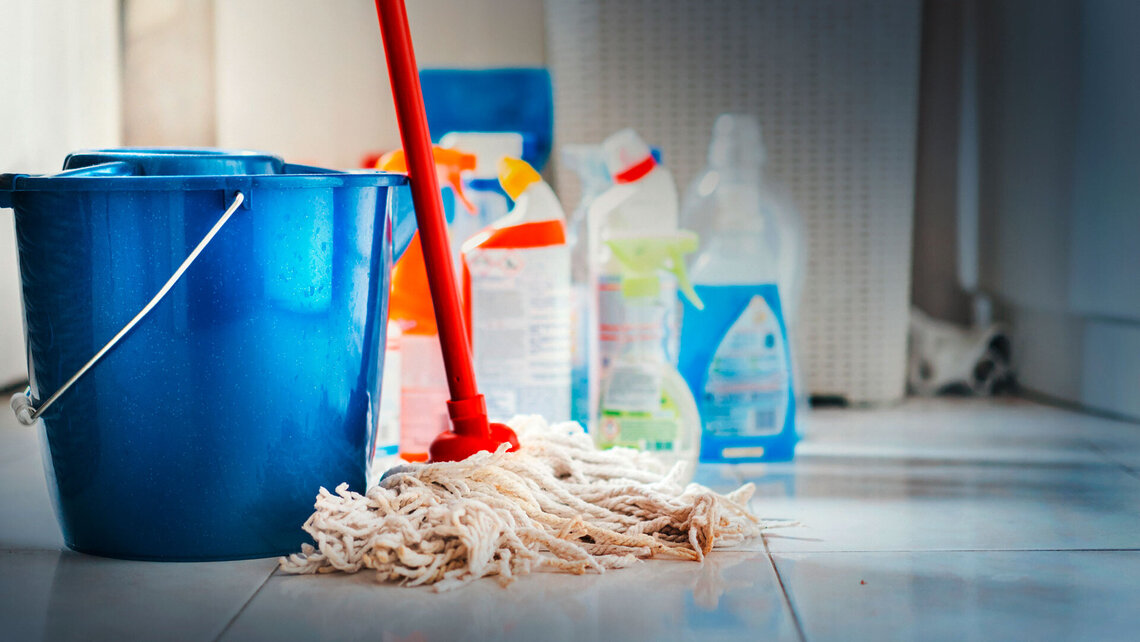 Surfactants, phosphates, phosphorus and nitrogen compounds, preservatives, fragrances and dyes — all of these can be found in detergents. They are the substances that make detergents so dangerous. Anyone who has to work with detergents on a daily basis should therefore know exactly what to look out for. Do I need special protective clothing? What is the correct amount to use? What should I bear in mind when combining with other products? A small mistake can quickly have devastating effects — from skin irritation to burns, damage to the respiratory tract, to poisoning.

Kitchen planning in food service
If you want a buzz out front, you'll need everything to run fluidly in the back, in the kitchen and dishwashing area. For that reason, it is vital to consult industry experts who can factor in kitchen processes at the planning and installation stages of a food service kitchen.
Read more